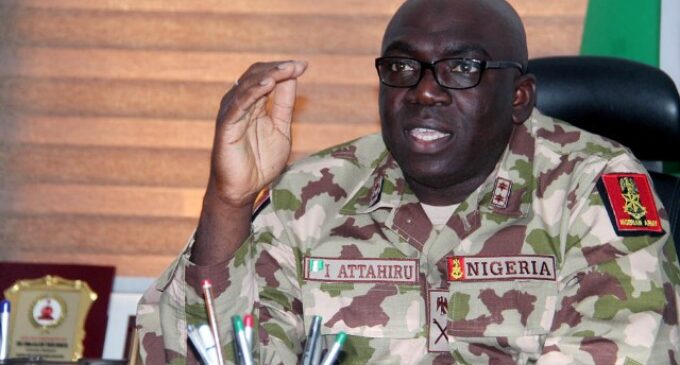 Ibrahim Attahiru, the chief of army staff, says Nigeria will bring in Chadian and Cameroonian troops to end the insurgency in the country.

Speaking when he addressed troops at the Army Supercamp 1 Ngamdu, Yobe state, on Monday, Attahiru said his mission is to tackle the insurgency and that he foresees the war ending soon.

“The successes recorded recently by Operation Tura Takaibango shall be cashed in to bring an end to the insurgency,” Attahiru said.

“This war will be brought to an end soon. We shall do this in tandem with the forces from the Republic of Cameroon. We shall be bringing in the Çhadians to ensure the annihilation of the insurgents in the north-east soonest.”

The army chief said the challenges being faced by the troops will also be addressed “with military effectiveness”.

“I have been briefed by your commanders about the lack of fighting equipment. I know of the lack of kits too. We are making tremendous efforts to get your boots, uniforms and protective gears in a couple of weeks,” he said.

“I know the issue of overstay in the mission area has been a major problem. We will not do that almost immediately, but I can assure you that in a matter of months, we shall have a standard rotation plan that most of you will have to leave the theater of operations to be replaced by other soldiers to continue with the war. I see this war ending soon.”

Attahiru also asked the troops to put in greater efforts in the fight against insurgency.

There have been several calls to the federal government to seek foreign help in defeating Boko Haram.

In January 2020, about 1200 Chadian troops deployed in the Lake Chad area in the north-east alongside Nigerien troops withdrew from the area after the end of their mission.

Later in April, the Chadian troops launched an offensive against Boko Haram in the Goje-Chadian area of Sambisa forest, capturing an arms’ store believed to be one of the largest owned by the insurgents. 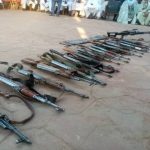 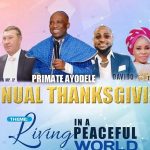