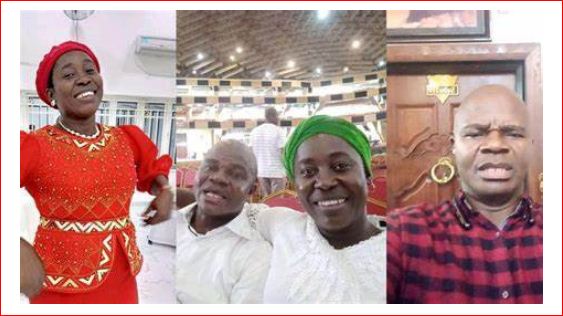 The mother of Osinachi Nwachukwu has narrated before the FCT High Court in Abuja how the late gospel singer’s husband threatened to kill the late victim.

Appearing before Justice Njideka Nwosu-Iheme on Monday, 61-year-old Caroline Madu, said the accused, Peter Nwachukwu, threatened to kill Osinachi if she (the mother) tried visiting her.

According to Madu, 42-year-old Osinachi was last seen in December during a church programme before her death on April 8.

When the singer was sick, Madu claimed to have told Osinachi that she needed treatment. She, however, said she would have to plead with her husband, adding that if she visited her, her husband would kill her.

The singer’s mother, who was in tears, accused Peter of coming to steal her child. Madu said Peter told the family that he was an evangelist. On the contrary, he would beat her child like a carpenter working on a piece of wood.

During Osinachi’s pregnancy, the mother said her husband will beat her and when she asked her to come and see him, the singer’s husband refused.

She added that Peter bragged that if she did not go alive, she will go in death. Madam Madu stated that the situation forced her to send her senior daughter – Favour Madu –  to go bring Osinachi home. The move was successful as Osinachi stayed a year and three months before Peter sent some pastors to plead with her family to take her back.

According to her, Osinachi agreed, telling her family, “What God has joined together, no man should put asunder.”

The late singer was said to have returned to her husband who then resumed the beatings.

When she asked Osinachi for monetary assistance, Madu claimed the late singer could not give her as the money was deposited in Peter’s account.

She further told the court that there was a time she was ill, and people had to plead with Peter to allow her to come over to Abuja for treatment. She recalled going to church with them one day and after the service, Peter drove off with the kids leaving Osinachi and her stranded.

She added that Osinachi never visited her in Enugu and Peter never allowed her to even pick up her call.

On Osinachi’s health status, Madu maintained her daughter only told her that she had an ulcer whereas the husband had claimed she died of lung cancer.

Upon hearing about her daughter’s death via radio and television on April 8, the grieving mother said people started coming to her house crying

In the evening  around 7 pm, she said Peter used Osinachi’s number and called her and she asked him how they were, stating that Osinachi was dead

Responding, Madu told the court that she shouted in tears telling him (Peter) that the promise he made that if she didn’t leave alive, she will in death, has finally come to pass. She recalled how she then cut the call and switched off the phone

Under cross-examination, she said she never knew if Osinachi suffered from another ailment. 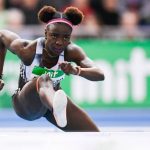 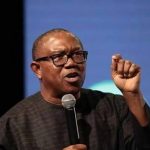