he Nigerian Air Force has admitted sharing old pictures as proof of its recent victory over Boko Haram insurgents in Borno State.

SaharaReporters, using Google reverse image search tool, had on Tuesday exposed how the security agency shared old pictures to claim victory over Boko Haram after the group attacked a military base in Marte, an area in Borno State close to the Lake Chad region on Saturday.

“Photos: Battle of Marte: See the damage inflicted on terrorists at the outskirts of Marte in Borno State as @NigAirForce helicopter gunships, dispatched by the Air Task Force (ATF) of Operation LAFIYA DOLE, destroyed about a dozen terrorists’ gun trucks & other vehicles,” NAF had captioned the pictures, in a now-deleted post on its verified Twitter page.

SaharaReporters gathered that the security agency’s first picture was taken in 2018 during an operation in Damasak, another town in Borno State.

Also, a check on the second, third and fourth pictures by the newspaper revealed they were not taken in Marte as posted by the Nigerian Air Force.
SEE ALSO

EXPOSED: Nigerian Air Force Shared Old Pictures As Proof Of Recent Victory Over Boko Haram
13 Comments19 Hours Ago
The pictures, though taken in 2021 were from an attack by troops of the newly launched Operation Tura Takaibango, a subsidiary of Operation Lafiya Dole, after they repelled the insurgents at Gujba Local Government Area of Yobe State on January 9.

Reacting on Tuesday night, NAF in a statement admitted the pictures were from old operations and apologised to Nigerians.

“On further investigation, it has been discovered that the pictures sent from the OPLD Theatre inadvertently included a few images from other encounters with terrorist elements. The error is highly regretted.

“The Nigerian Air Force (NAF) wishes to state that the inclusion of the pictures was not deliberate and does not take anything away from the huge success of the air operation that dealt a decisive blow on the terrorists as shown in the widely circulated video.” 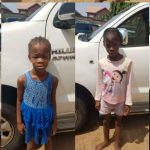 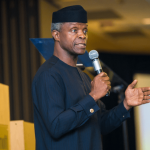