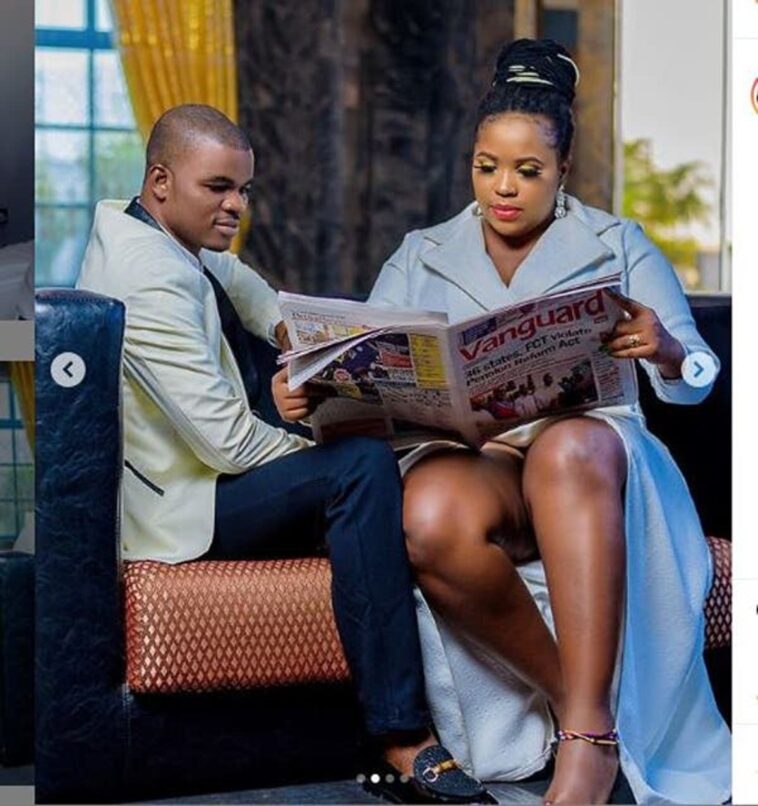 A Nigerian actress has blasted those who say actress’ marriages do not last by using her marriage as an example.

Chioma Chijioke Anosike who has been married for 1 year and 10 months said she is “living proof” that actresses last in their marriages.

She wrote on Instagram: “Some idiots think actresses don’t stay in their marriage, believing that they (actresses) get married today and by tomorrow the marriage is already crashing

“Wait! let me shock you…you see that believe, idea or whatever is a big proper LIE. Some don’t let their homes fail and i am a living proof…God willing mine will last dunno about others.” 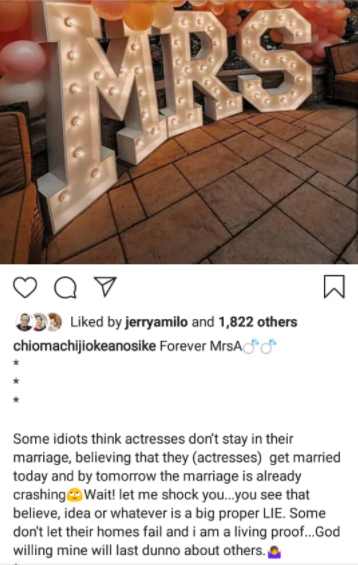 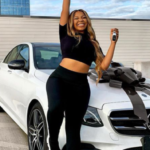