Actor Godwin Maduagu has come out as gay one year after his gay sex tape leaked.

When the sex tape leaked last year, the actor denied being the one in it, even though his face and that of his partner showed clearly.

At the time, he dismissed the tape by claiming it is the work of “technology”. 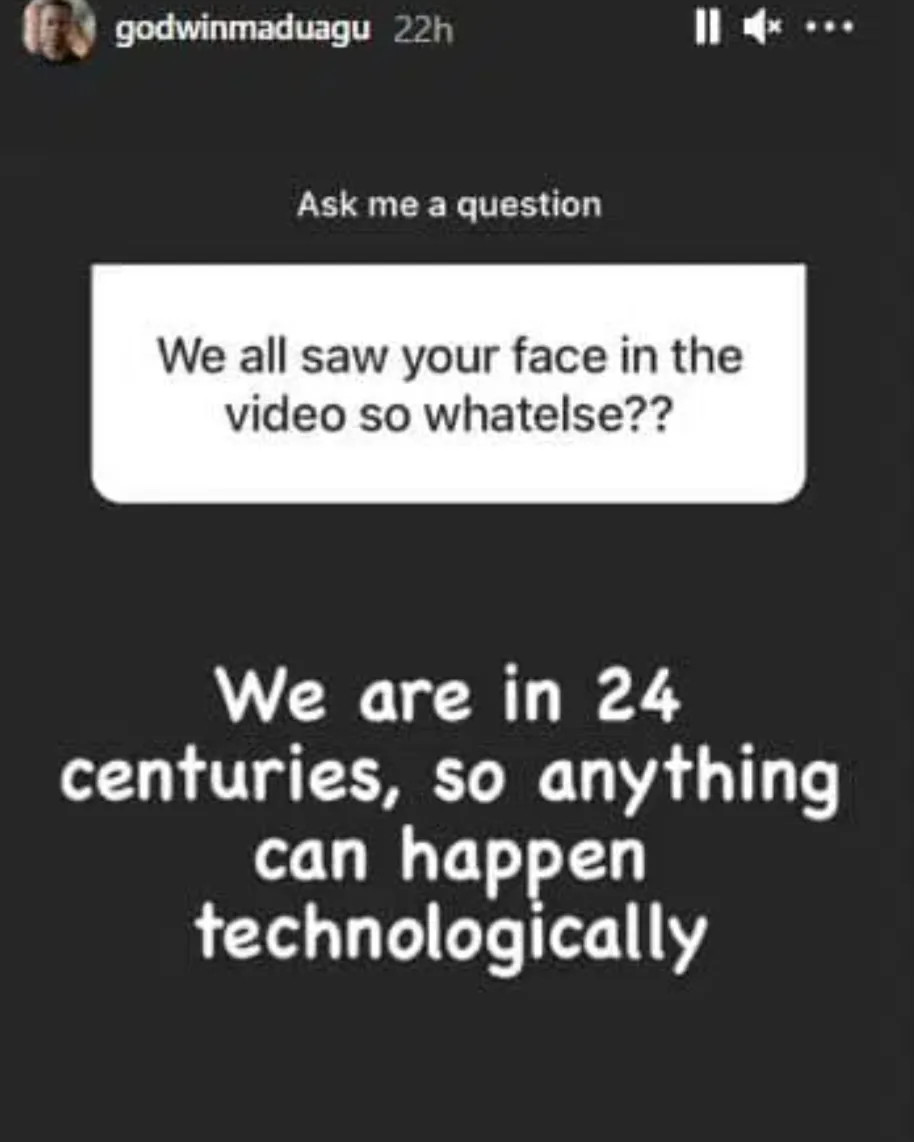 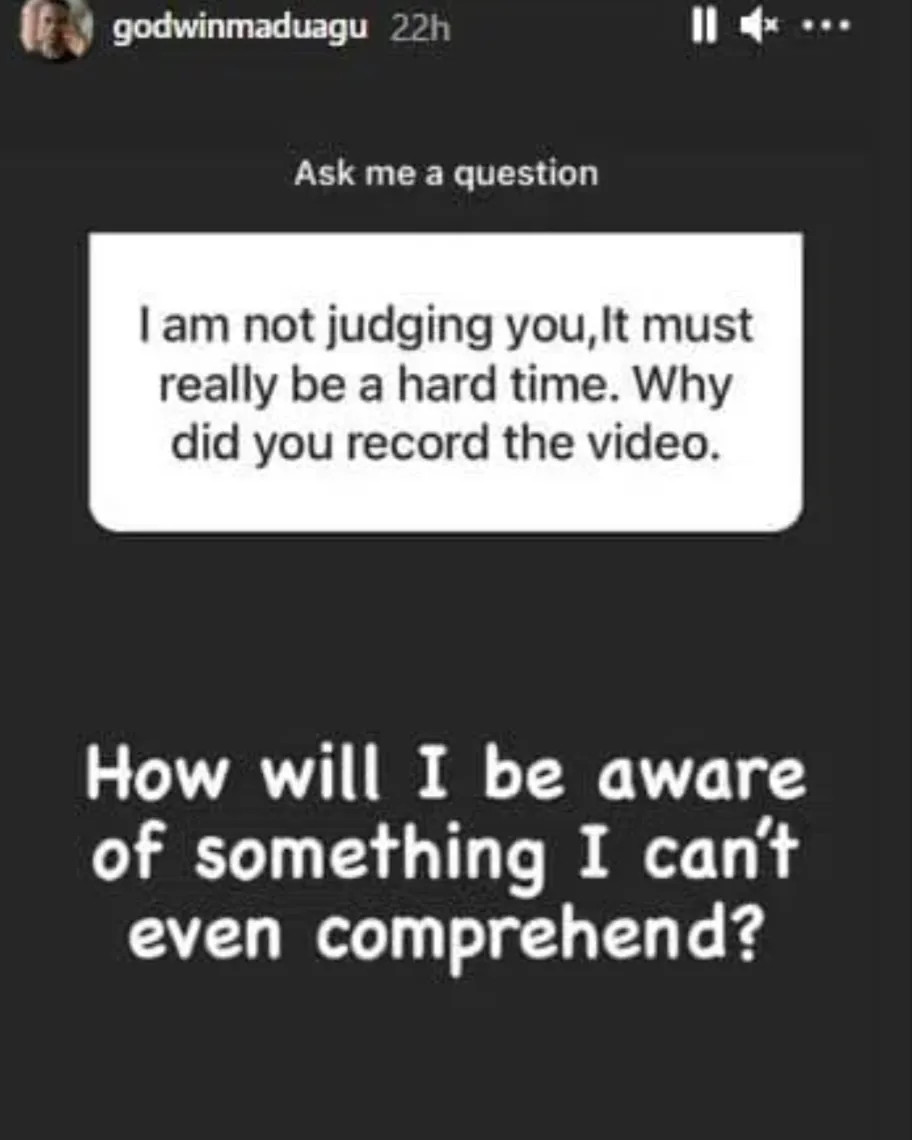 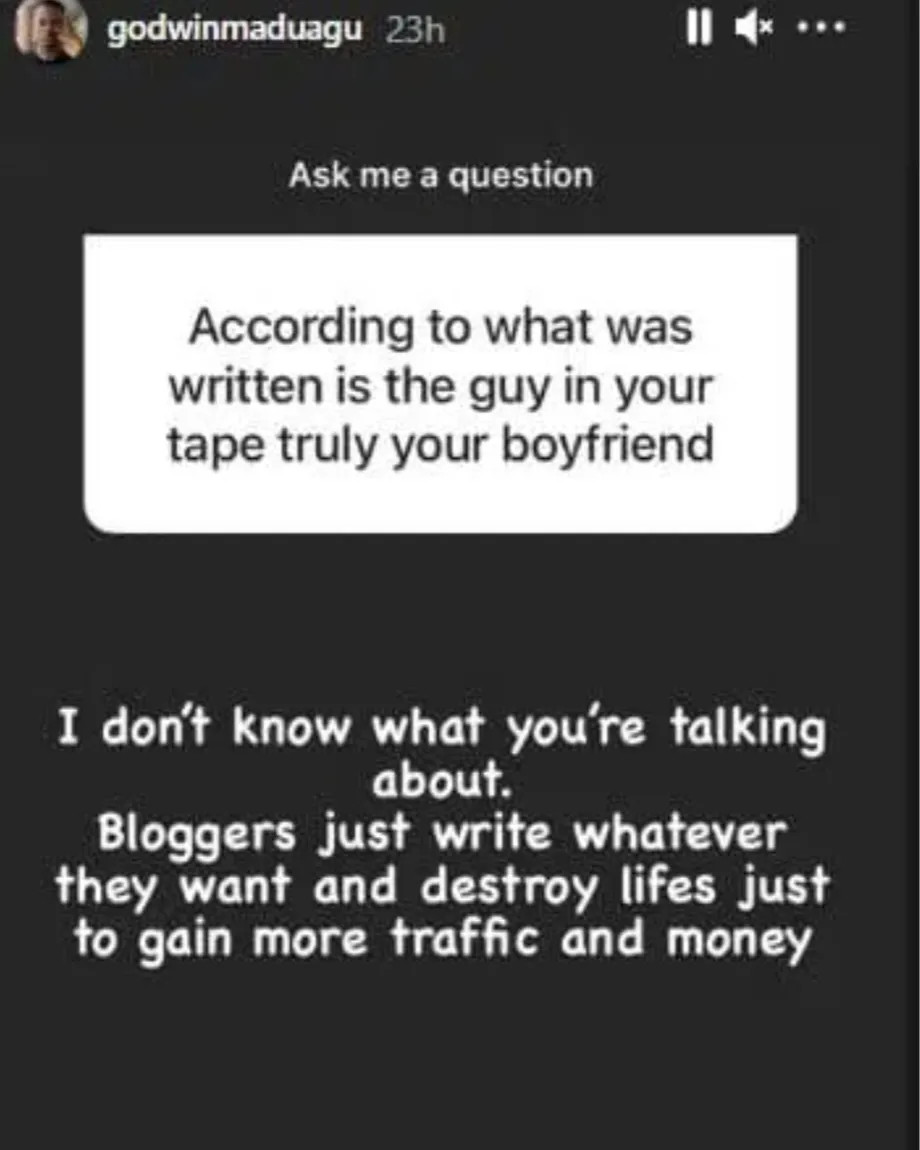 Now, one year after, he has come out as gay as he addressed the leaked sex tape.

He explained that he was depressed when the tape leaked and was suicidal, but his family stood by him and encouraged him.

He said that he is now living in his truth. 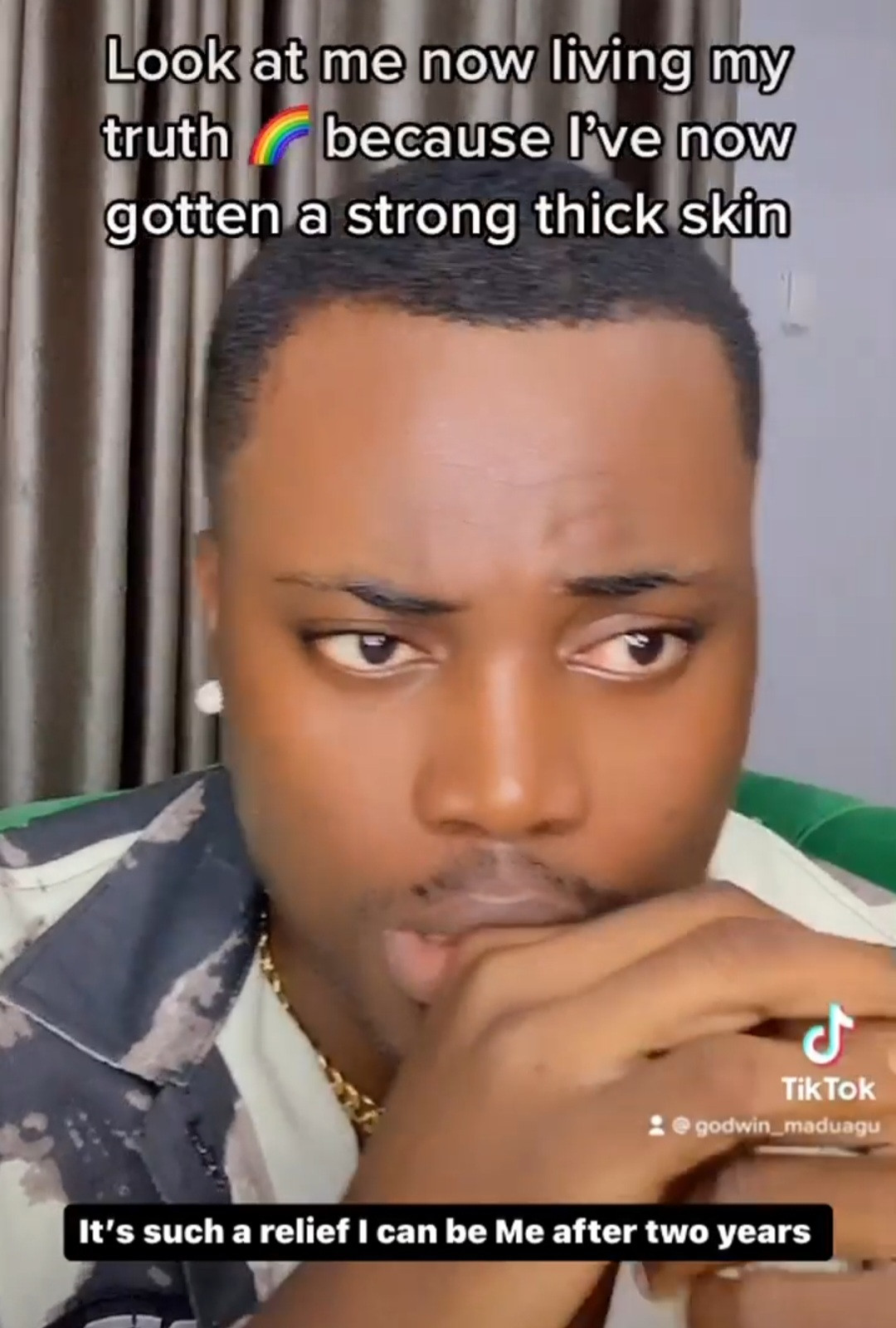 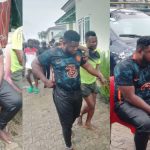 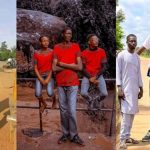