No fewer than 18 children who were trafficked from some areas in Gombe State and sold to a syndicate in Anambra State at N200,000 each have been rescued in Anambra by the police while a member of the syndicate has been arrested.

Meanwhile, 11 of the children are presently unclaimed by any parent and stranded in Anambra State with the police calling for Nigerians to assist in their reunification. In addition to some children that had been recovered earlier, a total of 18 children suspected to have been stolen remain unclaimed in Anambra.

The children were suspected to have been stolen by a woman named Hauwa Usman on October 20, 2019, in Gombe and taken to her accomplice in Anambra.

The police in Gombe returned them to Anambra after no relatives came forward to identify them.

Last October, the police, following an intelligence report, arrested three women in the Idemili North Local Government Area of Anambra with three children, suspected to have been stolen.

“Investigations revealed that the children were stolen from Gombe State by one Hauwa Usman ‘f” on the 20/10/2019 and brought to her accomplices in Anambra State,” said the Anambra police spokesman, DSP Mohammed Haruna.

Parents of the children travelled from Gombe to Awka to identify their children.

The Anambra police handed over the suspects to the Gombe command for investigation and prosecution.

The suspects during interrogation in Gombe confessed they stole children to take to their “sponsor”—known as Nkechi Odinye, 55—in Anambra.

She paid between N200,000 and N400,000 per child depending on age and gender, police said the suspects confessed.

Operatives from Anambra’s Special Anti-Cult Section raided a hideout in Obosi, Idemili North council area where a tip-off had led them to believe the principal suspect Odinye stayed.

Odinye had evaded arrest in the last three years by “changing locations”, the police said.

Operatives recovered 16 children—10 boys and six girls— “reasonably suspected to have been stolen” from different parts of the country, Haruna said.

“Both the suspect and the children were handed over to the Gombe State Police Command where four of the children were identified and reunited with their biological parents after exhaustive investigation and forensic analysis, including DNA tests.”

One was handed over to the parents in Delta.

The Gombe police returned the seven boys and four girls unclaimed in Gombe to Anambra on January 18.

The 11 children will be in the custody of Anambra Ministry of Social Welfare, Women and Children Affairs until their “biological parents emerge”, according to the police in Anambra.

It added, “In view of the foregoing, members of the public are kindly requested by the Commissioner of Police, Mr John Bassey Abang, to disseminate this message through their mediums to enable the biological parents or close relatives identify these children whose photographs appear hereunder to claim them,” said Haruna.

“Anyone with useful information about the found children should report at Area Command Onitsha, 3-3 Divisional Police Station, Nkwelle Ezunaka, or contact the PPRO, Anambra State Police Command, through GSM no 08060970639.” 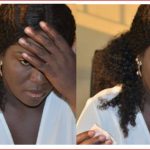 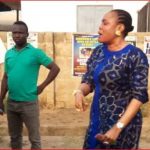