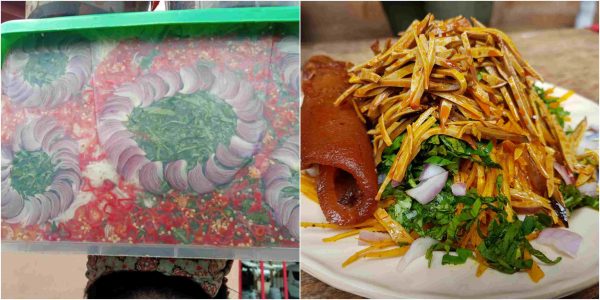 An Abacha seller in Owerri, Imo State is currently trending on social media for her creativity in using her food merchandise to make a beautiful design.

The woman according to a Facebook user who made the revelation was heavily pregnant. 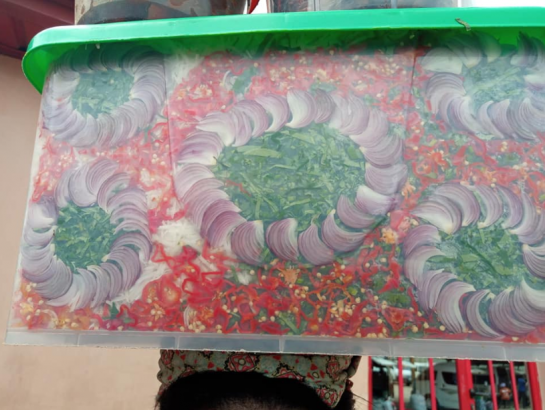 The Facebook user identified as Chinwerenmeri Joy said she was captivated by the design on the abacha seller’s container but was shocked when the woman came closer and she discovered it wasn’t a design on the container but the creative way the woman had arranged the vegetables for her abacha also known as African salad. 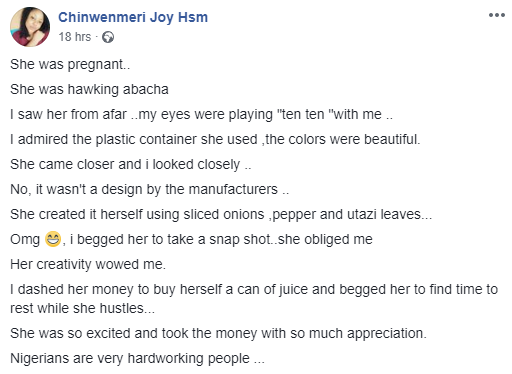 She was hawking abacha

I admired the plastic container she used ,the colors were beautiful.

She came closer and i looked closely ..

No, it wasn’t a design by the manufacturers ..

She created it herself using sliced onions ,pepper and utazi leaves…

Omg ?, i begged her to take a snap shot..she obliged me

Her creativity wowed me.

She was so excited and took the money with so much appreciation. 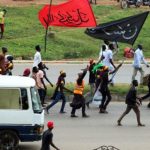 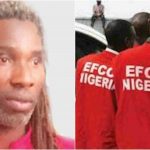