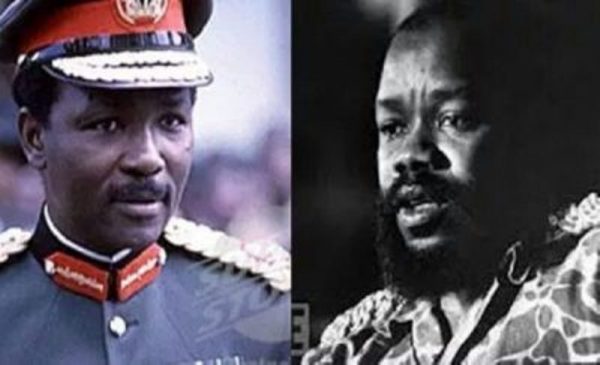 General Gowon faulted late Chief Chukwuemeka Odumegwu Ojukwu for the Biafra war; including the sufferings and starvation that took after. According to him, Nigeria never despised or took the Igbos as foes appropriate from the earliest starting point, as Ojukwu had made them to accept and that Igbos would be dealt with as equivalent natives of Nigeria in view of their conduct and execution.

Speaking of the fight to maintain Nigeria’s unity, Gowon gave reasons why Nigeria must remain united. He also gave reasons why he stopped foreign relief supplies to Biafrans after the war, adding that the then Colonel Ojukwu abandoned the Igbos to suffer during the war.

Watch the Video below:

The Biafra war started in May 1967, after Ojukwu declared that the Eastern Region had seceded from the rest of the country.

Shortly after the civil war in 1970, when Ojukwu’s then chief of staff, General Phillip Effiong, made a formal surrender statement/declaration at a ceremony in Lagos, the Gowon regime invented the ‘No victor, No vanquished’ slogan to signal that there was no winner or loser in the war.

Despite all efforts to stand as one Nigeria, and 50 years after Ojukwu declared the hostilities that claimed millions of lives, mostly on the Biafran side, many Igbo people feel the conditions that made the civil war inevitable still haunt them. The Igbos believe they are still marginalized by the Nigerian federation, hence the renewed agitation for a referendum.

Meanwhile the Indigenous people of Biafra, IPOB are not the only group calling for Nigeria’s division. The Oduduwa of the Yoruba tribe and the Niger Delta group from the South South part of the country. And then there’s the Arewa Youths from the North issuing quit notice to the Igbos to go their separate ways.

While President Muhammadu Buhari on returning from his 104 days sick leave, declares that Nigeria will remain as one and people can live in whichever part of the country they please, the Southern leaders’ forum on Wednesday, August 23, 2017, contradicted his statement saying,

“The claim that Nigeria’s unity is settled and not negotiable is not tenable.”

According to the group, every country is in a daily dialogue and there is nothing finally settled in its life. They stated that stable nations are still fine-tuning details of the architecture of their existence, how much more Nigeria that has yet to attain nationhood.

They said if Nigeria settled as a nation, it will not be dealing with the many crises of nation-building that are afflicting the people today, which have made it extremely difficult to squarely face issues of growth and development.