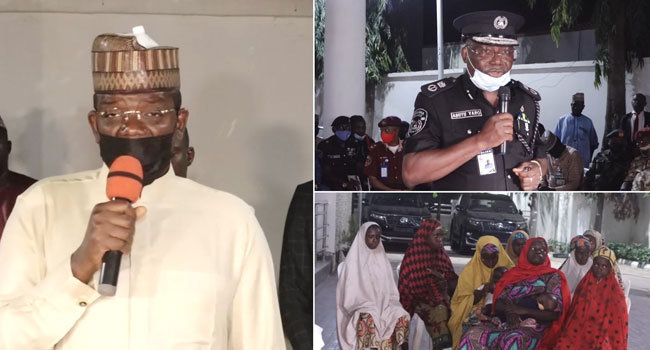 Eight kidnapped victims have been released by some ‘repentant bandits’ following the peace initiative to bring an end to violent conflicts and to restore peace and stability in Zamfara State.

The repentant bandits on Tuesday vowed to abandon their former ways of life and to allow peace to reign in Zamfara.

The seven bandits who embraced peace and welcomed the reconciliation process released eight kidnapped victims who are mostly women and surrendered two guns to the Zamfara State government.

Governor Bello Matawalle while receiving the seven repentant bandits and eight women who were kidnapped, thanked God for the successes recorded in the fight against banditry in the state.

He appealed to people of the state to see the fight against insecurity as everybody’s business by providing credible intelligence to security operatives to help them succeed in eliminating banditry.

In recent times Zamafara has been recording some successes with regards to the surrender and repentance of bandits.

On Monday, three notorious bandits surrendered their weapons to the Zamfara State Government.

After giving up their AK-47 rifles and other ammunition, the bandits swore with the Holy Qua’ran not to return to banditry.

One of them who spoke in Hausa at the Government House in Gusau said that they have sincerely accepted the peace initiative of the state government; pledging not to commit dastardly acts any longer.

On his part, Governor Bello Matawalle said his administration will do everything humanly possible to mop up arms from the bandits.

The governor said the move is necessary for peace to reign in the state to enable residents to go about carrying out their lawful businesses.

He argued that negotiating with bandits is not a sign of failure, noting that the only way to put a stop to the current insecurity in the state is to dialogue with the bandits.

He also described as unfortunate the thinking of some politicians who regarded the peace initiative as a failure, arguing that every war ends on the dialogue table.

“It is not a failure or thing of failure for someone to initiate dialogue. Nowhere in the world is succeeding without coming to the table to sit down and negotiate.

“Just for today, the weapons we have here show and indicate the successes we have recorded because leaving this kind of dangerous weapons in the bush can create a lot of havoc.

“By bringing them to the security agencies, we have reduced their capacity and capability. Allowing these weapons to carry their weapons round to communities, cross-border to other states, that is what has made Nigeria be in the hot seat as of today,” the governor stated. 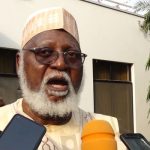 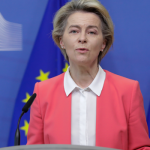