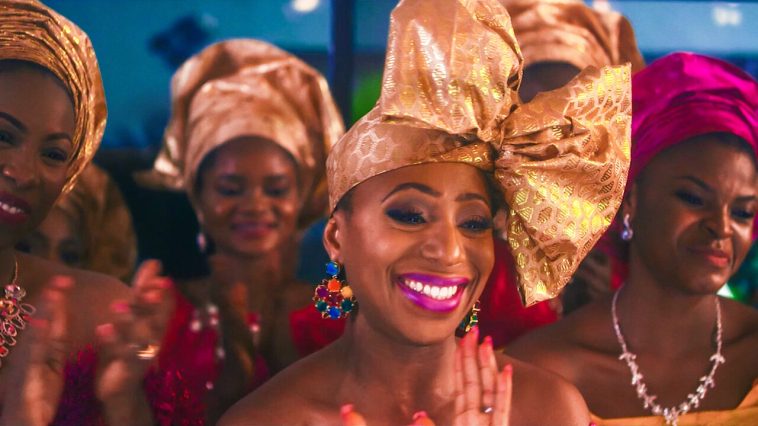 Whether you’re single or in a relationship, Valentine’s Day is a great day to watch movies — especially romantic ones. It doesn’t matter if you’re going to watch it alone, with friends, or with your significant other, the fact still remains that movies are always a great idea.

No need to bother your pretty head thinking about which ones to watch, we’ve done all the hard work for you. All you need to do is sit back, relax, and watch till you drop.

Here are 8 romantic Nollywood movies and series we highly recommend you should watch on Valentine’s Day. You’re welcome.

If you’re a fan of cross-cultural movies, this is definitely for you. The film, whose title translates as “hello trouble”, tells the story of an Indian and Nigerian who after an encounter on the beach, fell in love and wouldn’t let anything stop them from being together.

It is a story of laughter, romance, tears, and of course, love. The movie premieres on February 14, on Netflix.

This movie which tells the story of love, hurt, and forgiveness, premiered on February 12 — just in time for Valentine’s Day.

The story shows the life of Bono Kuku, a boss lady, party girl, and influencer. To the rest of the world, all is well with her, but deep down, she’s an emotional wreck.

She tries to forget her pain but unfortunately, she’s forced to remember when she runs into the source of her unpleasant past — Lagi Gowon.

The movie, which was shot in the US, tells the story of 36-year-old Chelsea Hollis, a very successful woman who has been married and divorced four times.

She believes women should take total control of their lives and emotions and although she helps people solve their relationship problems, she has completely given up on the idea of love.

Well, not until she meets Scott Hamilton, and a one night stand with him grows into a romantic relationship and changes her view about love.

This one is for lovers of romantic comedy. The movie follows the life of a chef — ope — who returns from London to her family’s hotel in Nigeria, with hopes to improve its restaurant menu and restore the place.

She is quickly disappointed when she finds out that her parents are planning to sell the hotel to a rich, handsome buyer who she’s attracted to.

It was directed by Michael ‘AMA Psalmist’ Akinrogunde, and produced by Diane Russet and Abdul Tijani Ahmed.

Just like a few other movies and series, it will premiere on February 14, Valentine’s Day.

This movie follows the life of Amaka, a Nigerian investment banker in London, who may lose her job because her company is cutting down its workforce. Like that’s not bad enough, her work visa is about to expire.

She has to decide what to do if she loses her job. Whether to do all she can to remain in the UK, or head back home to Nigeria.

With her 29th birthday coming up in a few days, the only thing on her mind is to get married before she turns 30.

Unfortunately, after getting suspended from work because of her frequent lateness, she goes on a date with her boyfriend and he breaks up with her.

This totally throws all her plans of getting married before 30 into the bin. She decides that all she need to do to get her boyfriend back is to become all he wants her to be — responsible, driven, focused, and the perfect definition of wife material.

This movie is a romantic comedy written and directed by Jadesola Osiberu and follows the story of Isoken, a beautiful, successful woman whose family worries about her because she is unmarried.

It tells a story of self-discovery, cultural expectations, and racial stereotypes in a touching, dramatic, and sometimes funny way. 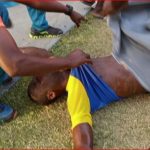 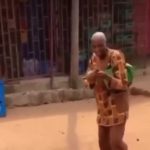