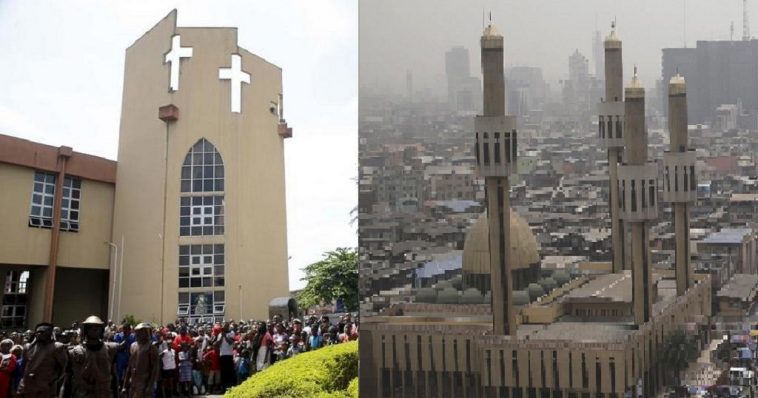 General Manager, Lagos State Environmental Protection Agency, Dr Dolapo Fasawe, in this interview with SAMSON FOLARIN, talks about pollution in Lagos and measures being taken by the state government to address it

In the last one year, what has been the major focus of LASEPA?

LASEPA is that agency saddled with the responsibility of protecting the environment and the environment is an ecosystem. It is not just the air we breathe, it includes the land we walk on, water bodies, air, living and non-living organisms, and how we relate with one another to achieve a balance that is friendly to the planet. We came in with a lot of advocacy, sensitisation, communication and interaction. We were not just throwing messages out, we got feedback and that helped us realise that we were starting from ground zero in terms of knowledge, attitude and practices of our people, especially in the rural areas and how they relate with their environment.

We started with noise pollution and it was amazing to see that many people did not understand that noise pollution is dangerous and injurious to their health. We have seen people go deaf, have high blood pressure, insomnia and other diseases from noise pollution and we started telling people about these. We started getting reports that all of a sudden, they became too much for LASEPA to deal with. We had to create more zones because we were going to propagate a noise-free Lagos. We did a lot of advocacy and also asked people to report pollutants.

In one year, we had over 4,700 complaints across Lagos State. We originally had five zones in Alimosho, Agege, Ojo, Oshodi-Isolo and Lekki, but we created more. Noise pollution was the original idea, but we realised that protecting the environment is a whole package, so the zones take on a lot. In fact, we have mini LASEPAs in the zones and our plan and hope is that we will have an office or a branch in every local government so that we can be closer to the people.

You said LASEPA received 4,700 complaints last year, how many of them were resolved?

Based on our records, which you can also verify on our website, 80 per cent of the complainants said they were satisfied with the outcomes. The polluters, of course, it is difficult for them to be happy with us. The ones that were not resolved had to either relocate or be shut indefinitely because they were carrying out activities that could not be permitted in residential areas. So, our success rate was good, but we can do better.

What do you do in cases of repeated offenders?

To what extent do religious centres contribute to noise pollution?

Of the 4,700 complaints we received last year, 50 per cent were from neighbours of religious houses. Another 20 per cent was due to religious activities in places that were not religious houses, making it 70 per cent. This is because we have people turning uncompleted buildings into churches; we have people putting canopies outside and conducting vigils with microphones. Yes, as a state, we encourage prayers. But God is not a God of indiscipline. Religion is part of our life, it is a fundamental right.

However, you do not have a right to disturb your neighbour when worshipping. The two main religions in Nigeria also preach against this. Any activity or communication that you have with God that disturbs your neighbour and affects his health and wellbeing is not acceptable. These are the tenets of the religions we practice.

How are you working with the religious bodies to resolve the issue?

We have had meetings with the religious leaders across the board. But I must say that I am happy specifically with NASFAT. We had a meeting with the religious heads and a couple of weeks later, I saw a letter that NASFAT sent out to all its mosques in Lagos State with the instruction: no microphone outside. I have a copy of that letter. It really impressed me a lot. And there was compliance.

If you say 70 per cent of noise pollution in Lagos was caused by religious houses, did you shut any of them?

We sealed 640 religious houses over infractions. I am also happy that a large percentage of them have complied. Some have gone ahead to sound-proof, and some have moved to permanent structures in appropriate areas.

COVID-19 has changed a lot of things. What was it like last year when the infection broke out?

It was a bitter-sweet experience; the complaints about noise pollution dropped by almost 78 per cent. And for the first time in about three years, Lagos had a clean air index. We had one of the best air indexes in the world. The skies were blue and water was free flowing. That was because human activities were reduced. One of our biggest polluters is transportation. When your exhaust is bad or mechanical equipment is overused, you are polluting the air. When all those activities stopped, the pollution was reduced to the barest minimum. That was why I said it was bitter-sweet. Must we have a virus to have clean air? But it was achieved and internationally documented. During the lockdown, we had only 55 complaints; but the first month after the lockdown was lifted, we had 203 complaints both from religious houses and the entertainment sector.

Lagos witnessed several gas explosions in 2020. What is the government doing to stop this trend?

For any industrial activity, especially manufacturing that deals with trade effluence, there must be an Environmental Impact Assessment. And it is to show the health and safety of citing that thing there both to human beings and the environment. If every gas plant or retailer does it, I promise you that we will have fewer explosions. LASEPA is collaborating with its parent ministry, the Ministry of Environment and Water Services, as well as the Ministry of Energy and Mineral Resources, and Ministry of Physical Planning and Urban Development to ensure that impact assessment is certified before the outlets open.

What do you do to those without the EIA?

What LASEPA is doing now is to request the EIA. And if you don’t have one, you will do an environmental audit showing your current status and if it fails, you will have to leave the area. For example, there is no reason why a gas station should be in a residential area or between two primary schools. So, this is what we are looking at. In 2021, everyone that deals in gas must have an EIA that permits them to be there. They must also have an urban and regional planning certificate and they must be registered with the Ministry of Energy and Mineral Resources.

According to the LASEPA law, those who breach the rule on the EIA are fined N100,000. How will this serve as a deterrent?

We are using the LASEPA Law of 2017. That law is currently undergoing a review sponsored by the Ministry of Environment and Water Resources, LASEPA and the Ministry of Justice. We understand that if you are making N1m daily and we ask you to pay N10,000 for pollution, you will not feel it. So, we are reviewing this law. We are looking at the opportunity cost in this fine. What are you losing?

Also, we now tend to tilt towards enforcing what the law says rather than imposing fines. Enforcing means we seal your business until it is safe for you to operate. Enforcing means we give you an abatement notice, saying you are not meant to be here, and if you are going to be here, you have to put in safety measures and protect the environment before you are allowed to open. So, as an agency, we are tilting towards enforcement by stopping pollution rather than fining you and allowing pollution to continue.

I am aware that LASEPA has six laboratories. What are you doing with them?

Our laboratories are working optimally. In fact, we want to build the first ISO certified laboratory in Lagos and we have approval for it from Governor Babajide Sanwo-Olu. We have a lab for water testing, another for soil, and then an air lab, noise lab and biochemistry lab. People from the public and private sectors come to us for analyses, including NAFDAC. We also treat chemicals and trade effluents to make them safe for discharge.

What do you consider as the major challenges facing LASEPA?

If you look at the six tenets of this present administration, health and environment are right on top. We have had a lot of support and political will from the government and this has helped us a great deal. But in terms of attitudinal change and changing the mindset of our people, we still have a long way to go. I will not call it a challenge; I see it as an opportunity. A lot of us are set in our ways. People routinely throw things out of the car; people do not sort their waste; people do not understand the effect of plastic on the environment; people do not know what noise pollution is all about. So, we are taking environmental education to the basic curriculum. We are trying to teach the younger generation what we are talking about.

So, it is an opportunity, but it is also a difficulty. It is a major difficulty because it is hard to explain global warming, climate change, air pollution, water pollution when socio-economic indices are bad and when health indices are bad. People say, ‘I don’t care, I just want to eat first’. But it is also good that the government has noticed this and is paying more attention.

Don’t you have problems with personnel considering the population of Lagos and the number of complaints you have to deal with?

The demand on us is much and the resources are minimal, both with infrastructure and assets, even finances. We try to invite non-governmental organisations, civil societies and funding agencies to support us. Lagos has a population of about 15 to 20 million, and LASEPA has a staff strength of 380. So, we are hoping to create more zones and deploy more people to attend to complaints. 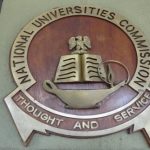 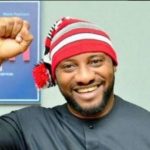