Nuhu, 34, is a 500 Level Law student of the University of Jos, and a fresh member, while Yipmong is serving his second term in the House.

He was surprisingly nominated for the position by the member representing Jos North-North Constituency, Baba Hassan, a 4th time member who was equally interested in the seat.

The nomination was unopposed following which members unanimously elected him speaker.

However, in Kastina State, the state House of Assembly, yesterday, at the resumption of its 7th  assembly re-elected member representing Zango Constituency, Tasi’u Musa Maigari as its speaker.

The Clerk of the house, Musa Bakori, declared Tasiu and Shehu as the speaker and deputy speaker of the 7th Assembly, respectively after an election conducted during inauguration and resumption of the assembly.

In Lafia, incumbent Speaker of Nasarawa State House of Assembly, Ibrahim-Balarabe Abdullahi, was, yesterday, returned unopposed as speaker during the inauguration of the 6th Assembly in Lafia.

The House unanimously returned the speaker and the deputy for the 6th Assembly in the state.

The speaker was sworn-in by the Clerk of the Assembly, Mr Ego  Abashe, for  a second term.

The speaker was nominated by his major challenger for the speakership position, Mohammed Okpoku (APC, Udiege/Loki) and the nomination was seconded by Aliyu Dogara (APC, Wamba).

Okpoku explained that his withdrawal from the contest was in the interest of the state and in recognition of the leadership qualities and track records of the incumbent speaker. 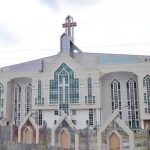 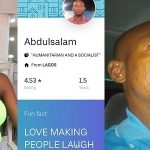