Five people have died in a shooting in McGregor, Texas near Waco, according to the Texas Department of Public Safety.

Police were called to a Central Texas home around 7:30 Thursday morning, September 29, and were met with gunfire from the shooter, McGregor Mayor Jimmy Hering told KCEN-TV.

Police fired back, wounding the gunman who is now in custody at a local hospital.

Officers discovered carnage at the home, with one woman’s body outside, while another woman was found dead inside the home. Two victims of the deadly rampage have been identified as Lori and Natalie Aviles by family members who shared photos and tributes online. “A coward with a gun took my sister and beautiful niece’s lives just for being outside of their own home,” Lori’s brother, Leon Olvera, wrote on social media.

“This feels like a bad dream but our family is strong and we will remain strong for you sis. I’m just broken right now because I’ll never see you guys beautiful smiles again.” Waco station KWTX cited a law enforcement official who said an unidentified suspect had shot his wife and her two children just before 8 a.m Thursday. It is unclear if the second woman who was shot was related to the gunman.

There were reportedly other children at the home during the shooting, but were not shot. 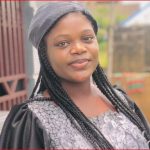