Four police officers and three civilians have been killed in two separate attempted robbery attacks on two banks in Ikire/Apomu areas in Osun state on Wednesday, June 2 at about 6.10pm.

A statement released by the spokesperson of the state police command, SP Opalola Yemisi Olawoyin, said the armed robbers numbering about Thirty-five(35) came in about Five(5) Vehicles, first attacked the Ikire Divisional Police HQ and the Armoured Personnel Carrier (APC) pinned down at Ikoyi-Osun with several explosive devices and several gun, firing in a bid to subdue the capacity of the Police while attempting to rob the banks.

While escaping, they shot sporadically, and regrettably three (3) Civilians were shot namely; Toheeb Oyebola, Temilorun Adebiyi and one other, (whose identity is not yet known), all male.

They did not succeed robbing any of the Banks.”

The police spokesperson added that the bodies of the deceased persons have been deposited at Oluyoro Catholic Hospital morgue, Apomu while efforts are being made to apprehend the fleeing suspects.

Watch the videos from the scene of the attacks below; 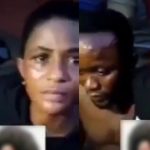 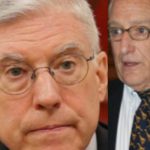