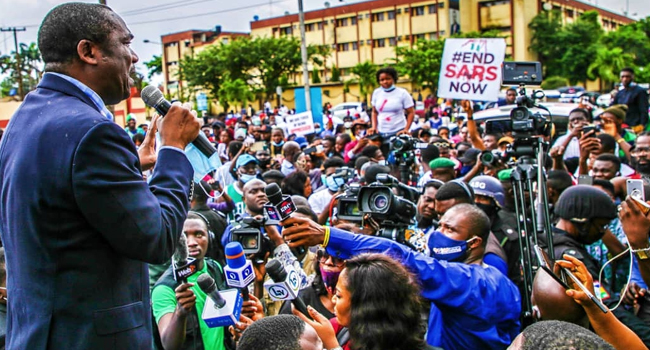 At least 16 #EndSARS campaigners have approached the Federal High Court in Abuja seeking a reversal of the restriction placed on their accounts by the Central Bank of Nigeria.

Nigeriana had reported on Wednesday that the CBN Governor, Godwin Emefiele, had frozen the accounts of 20 #EndSARS campaigners and then obtained an ex parte order from Justice Ahmed Mohammed to back his action.

In a supporting affidavit, the CBN had also alleged that the #EndSARS campaigners might have received their funding through terrorism and asked the judge to swiftly freeze the accounts.

However, 16 of the affected persons on Thursday filed a motion through their lawyer, Mr Femi Falana (SAN), to set aside the order.

They based their application on 13 grounds.

They contended that the freezing of their bank accounts was an act of illegality, stressing that the CBN governor froze the accounts before approaching the court, much later, for a freezing order.

They also contended that the court order permitting the CBN governor to freeze their accounts for 90 days was a violation of their right to fair hearing under Section 36 of the 1999 Constitution and Article 7 of the African Charter on Human and Peoples’ Rights (Ratification and Enforcement) Act, Laws of the Federation, 2004.

The #EndSARS campaigners argued that Justice Mohammed’s 90-day freezing order violated Order 26 Rules 5, 10 and 11(1) and (2) of the Federal High Court Civil Procedure Rules, 2019, which prescribes a maximum of 14 days for the validity of an ex parte order.

A lawyer in Falana’s chambers, Mr Marshal Abubakar, who deposed to an affidavit filed in support of the suit, said the claimants’ accounts were frozen in October by CBN without any justification, stressing the CBN provided no evidence to back its terrorism claim.

He said all the persons whose accounts were frozen had never been arrested for any crime before, adding that they were only protesters and the President, Major General Muhammadu Buhari (retd.), had recently reiterated the right of citizens to protest.

“They are Nigerian citizens, human rights activists, social crusaders and some of the leaders of the #EndSARS movement, campaigning for an end to the brutality and a series of human rights violations perpetrated by the special police unit known as Special Anti-Robbery Squad.” 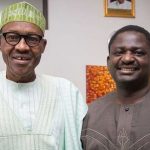 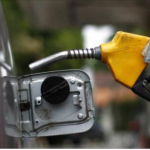