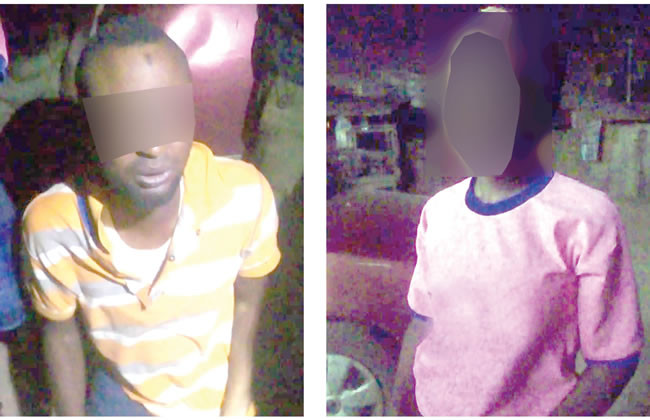 A 14-year-old girl (name withheld) has accused her father of raping her repeatedly, alleging that he threatened to poison her whenever she refuses to give in to his constant sexual demands.

The minor who lives at Olosan area of Ayegun Community in Ibadan, Oyo State, pleaded with a vigilante group, Oluyole Security Surveillance Team (OSST) to take her out of her father’s house before he would destroy her.

The OSST commandant, Olusegun Idowu, who confirmed the girl’s plea to the Nigerian Tribune, said that the girl and her father were brought to the group’s office where the girl opened up on her father’s deeds.

According to the girl who wept throughout her narration, “My father has been having sexual intercourse with me for some time. Whenever he wanted to do it, he would be begging me. If I refused him, he would threaten that he would poison me.

“When it became frequent and I became tired of the sexual relationship I did not desire, I went to a private radio station to report him. My mother’s name is Rashida. She’s an Ibadan indigene but lives in Lagos. I know my father’s family members but when I told his sister, she was nonchalant about it. She said I was lying against my father.

“I want my father to be punished for his deeds. He used to beat me over offences I did not commit. I want to be taken away from him. I don’t want him to know wherever I’m taken to, because I’m tired of it all.”

The father, who gave his name as Ismaila Olanase a.k.a Baramo, initially denied having sexual relationship with his daughter, but later confessed to have done it once.

The father, who gave his age as almost 40, however attributed his incestuous behaviour to not having a woman at home.

“I’m an Ibadan indigene. I’m an okada rider. I have three children from two mothers. My first daughter, a 16-year-old, is in Lagos State. She has the same mother with the 14-year-old involved in the current issue. The mother is also in Lagos. We got separated about 12 years ago,” he said.

“My second daughter, now a JSS One student, had once lived with me but I took her to my sister in Lagos when I noticed that she used to pilfer. I could not bear the embarrassment again at that time.

“I have a wife who has a child for me. We were staying together until few weeks ago when she went to her family over a disagreement. I was living alone with my daughter. What I will just say is that, it is not good for a man to live without a female partner.”

He spoke about his daughter whom he said was sent out of the school for piercing her ears on many spots and dressing indecently. She was also said to be arriving at school very late all the time.

“I wanted to take her back to the school with the assistance of a woman when she disappeared from home,” the father stated.

The publication learnt that the girl’s disappearance was when she went to the radio station on “save-my-soul outcry.” 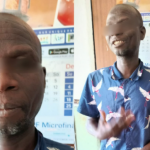