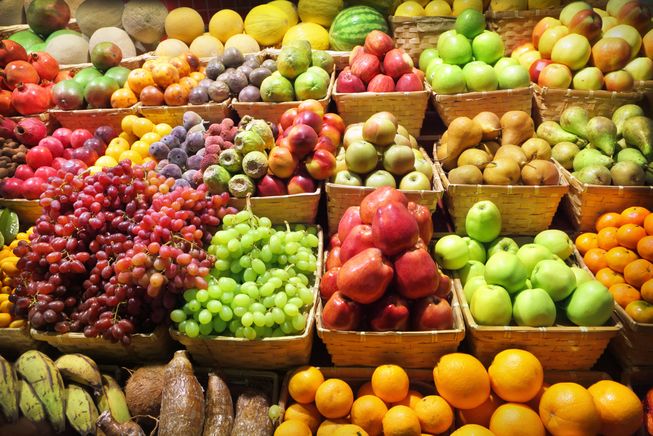 Sick of popping a pill every time you have a headache, cramp, or stomach pain? Nature has provided the answer for you. There are plenty of delicious foods out there that can help to cure, or at least relieve, what ails you.

Here are some cherries that won’t be painful to pop.
Research has shown that eating 20 tart cherries can have the same effect on pain as ibuprofen. If that isn’t enough for you, 45 of those bad boys can reduce C-reactive protein, which is related to inflammation and arthritis.
2. Ginger
If you’re a fan of natural remedies, you probably already know about how helpful a pot of ginger tea can be to settle an upset stomach. However it has even more benefits! Ginger can also help fight cold symptoms as well as sooth sore muscles and reduce osteoarthritis related pain. This is because the root contains an anti-inflammatory compound called “gingerol.” In one study, patients who took ginger capsules for eleven days reported 25% less muscle related pain after performing strenuous exercise.
3. Sage
Sage has been proven to be effective in treating scratchy sore throats. Before attempting to rub it over the back of your throat, try brewing a simple tea.
4. Red Grapes
Red grapes contain resveratrol, which is responsible their lovely colour. More importantly, this compound can block enzymes that contribute to tissue degeneration. Blueberries and cranberries also contain this resveratrol.
5. Soy
Soy products, such as tofu, tempeh, or straight edamame, has been shown to alleviate pain for people suffering from osteoarthritis. Research from the Oklahoma State University showed that participants who ate 40g of soy daily for three months had less pain compared to those who consumed milk based products.
6. Tumeric
Like I need an excuse to get my curry on.
Turmeric contains a compound called “curcumin.” Curcumin eases pain caused by osteoarthritis. In fact, it has shown to be as effective as ibuprofen.
7. Salmon
Salmon, as well as other oily fish, is high is omega-3, an extremely beneficial fatty acid. Not only is it excellent for your general health, omega-3 can reduce inflammation within your joints, and reduce the pain that’s associated with rheumatoid arthritis. As an added bonus, omega-3 is also known to settle an upset stomach, particularly when it’s caused by stress. If you don’t like the taste of fish, try taking fish or salmon oil tablets instead.
8. Peppermint
That’s right, there’s more to peppermint than keeping your breath fresh, and pairing it with chocolate.
Similar to ginger, peppermint can help settle your stomach and treat ailments, such as indigestion and irritable bowel syndrome. Additionally, peppermint is highly effective for headaches and migraines because it acts as a mild numbing agent. As a frequent headache sufferer, I recommend getting a peppermint and lavender roll-on from your local chemist and applying it your temples. Lavender contains calming properties, which makes it a fantastic partner for the peppermint.
9. Nuts
Despite the name, this one is for the ladies.
A study in the American Journal of Clinical Nutrition has shown that certain kinds of nuts can alleviate the symptoms of PMS. Almonds and pistachios seem to be the best at the job due to containing riboflavin and vitamin B6. Both have been proven to help fight cramps, fluid retention, and even irritability. So if you’re craving some chocolate when Aunt Flow comes to visit, try a nut laced brownie.
10. Coffee
Believe or not, coffee can help you get rid of headaches. And no, not just the ones related to caffeine deprivation. Coffee (and other caffeinated beverages) do this by narrowing the dilated blood vessels that develop with headaches. If you weren’t already convinced that this is a magical elixir sent by the gods, it can also amplify the effects of other pain killers.
Source: Lifehack 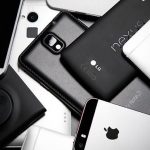